Someone recently requested in one of the comments of my YouTube video to talk about Yelp for contractors and construction companies, but in particular, advertising on Yelp. If you don’t know Yelp has this program, it’s kind of like Google Ads where you can pay them, like $1000 a month and they will promote your profile on their website. They’ll also buy Google Ads and try to direct Google traffic to their Yelp page where they might see you. Personally, I tried Yelp many years ago probably about five years ago now since they were calling me right after I created a listing with them and they were offering me $300 Ad credit and I thought you know, sure I’ll try it. It’s risk-free, it’s free for me to do because they’re going to give me credit. My philosophy on marketing is, to try everything and measure the results especially if it’s low risk, like, not having to pay for it.

That’s what I did, I said okay and we started the account and it all got set up automatically and that’s the first thing I don’t really like about it. It’s all automated. You don’t really have any control over anything. All you get to do is control your daily budget and this might have changed, but this is how it was back then. You create your daily budget but they extrapolate that to your monthly budget. I was advertising with them then a month went by. I logged in, checked it and nothing happened. I had like a few clicks. It costs like $20. I was like, okay, let it go. Another month, I put it on my calendar to check it. Went in to check it out and the same thing. It was like eight clicks or something.

In the second month, I spent another $20 and so I spent just $40 out of the $300 in the first two months. I was thinking, okay this is really slow. Let me set my calendar for two months from now because it’s just going so slow. Well, I log in two months later and the spend was like $800. It went from barely getting any clicks at all to just getting tons of clicks. I didn’t notice because I didn’t get any leads or anything from it. I don’t really know where they were sending people to or what really was going on. All I know is that I had to spend another $500 of my own money very unexpectedly. I contacted them and they weren’t really helpful and that just left a bad taste in my mouth.

I’m not saying that Yelp doesn’t work because I do know some people that it works for. That was just my own experience. I didn’t really like how I didn’t have any control over what was going on and I didn’t like their response when I was an unhappy customer. They basically just told me to just deal with it and we’re not going to do anything for you. That is what it is. That’s my experience. Now, I do have one customer who gets somewhat consistent projects through Yelp. They used to be spending a few thousand a month. I think they spent $1000 a month now and you can’t deny that it’s bringing people to him. We saw a big improvement or increasing the number of people coming from Yelp and all sources when we rebuilt their website and made it look a lot more professional and that’s one thing.

With construction in particular, like remodeling, additions, bigger construction, and more costly projects, people aren’t just going to see an Ad and become a lead. Very rarely does that happen and if it does happen, it’s almost a red flag. Because people are serious about doing big projects like this, they do their due diligence upfront. People shop online for everything these days including contractors. If they find you on Yelp or Facebook or anywhere, they’re gonna go to Google. They’re gonna type in the name of your company and they’re going to look and vet you a little bit. That’s what we saw with this company. They’ve been getting a steady flow of people, and visitors from Yelp, and we saw a huge improvement or increase in the number of actual leads from Yelp and all sources when we improved the website. Now, that’s the good thing. The bad thing is you know this customer has noticed over the years that the quality of his Yelp advertising is going down. He showed me the other day, that he looked through the Yelp page and we did a demo search as if we were one of his customers. Even though he’s paying a lot of money every month, he’s on this really long list of contractors because there are just tons of people advertising on Yelp. Even if you go to his Yelp page, there are still other contractors being advertised to that person on your own yelp page.

I guess it’s just getting a little saturated in a lot of places where you don’t get what you used to get for the same amount of money. That’s a common trend in all advertising. It’s just getting more expensive and the quality of it is going down and that’s kind of all I have to say about Yelp. If you’re thinking about it, it doesn’t hurt to have a free Yelp page. Anyone can go make a free Yelp listing. Put pictures on it and get a few reviews on it. Make yourself look good because I said people are going to vet you. They’re going to type the name, your company into Google, they’re going to look at those things. They might click on your Yelp page so you want that to look professional. It doesn’t need to be amazing but it needs to be as good as you can make it in a reasonable amount of time Just be aware that if you do create your free Yelp listing, Yelp salespeople are going to be calling you trying to upgrade or sell you on their advertising. Just tell them you don’t want to do it and that’s it. You don’t have to feel obligated to do anything, and they’ll use different sales tactics to try to get you to do it. But it’s not a big deal.

If you do decide to try it, two things: one, make them give you a credit. Make them show you it works before you put your own money into it and don’t sign any long-term contracts. Then the other thing is, if you when you try it, track the results extremely closely. You need to know exactly how many phone calls you get, how many contact forms, how many website visitors, how many actual good leads you get, how many meetings you get, how many estimates you put out, how many jobs you get, and how much money you made from it. You want to know all those things in detail.

In reality, you want to be tracking that stuff for all of your marketing. Because if you track that stuff for a couple of months and then you can just look at it and say okay this Yelp compares to this other way of getting customers exactly like this. You want to know the numbers. If you don’t know the numbers, you’re just going to be sitting around wondering, is this working? Is it not working? I hate paying for it but it might be worth it. You don’t want to be wondering, this is business, it’s numbered, and it’s about making money and making people happy. If you’re sitting around wondering what’s going on and if it’s worth it, that’s because you’re not tracking things close enough. 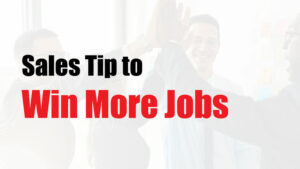 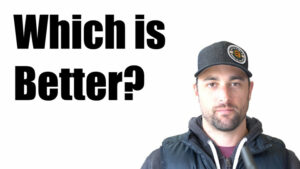 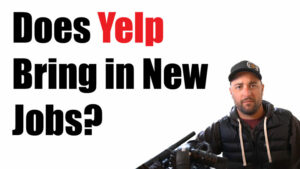 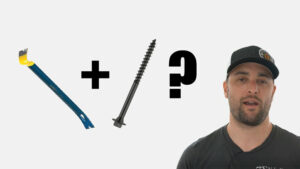 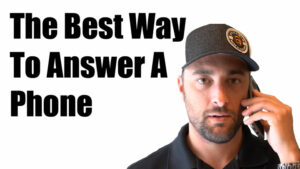 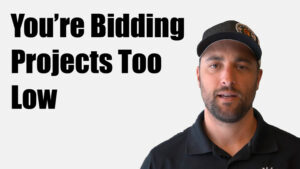 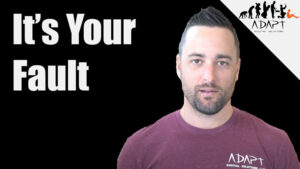 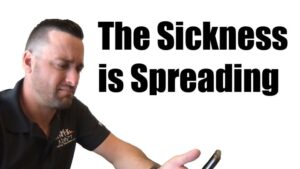 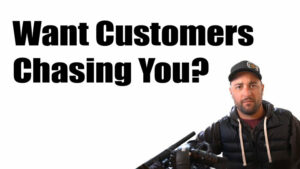 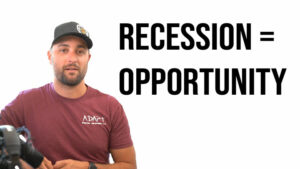 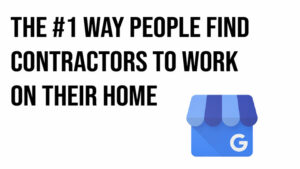 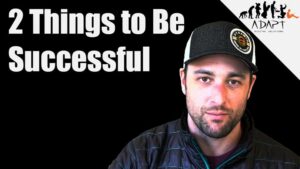 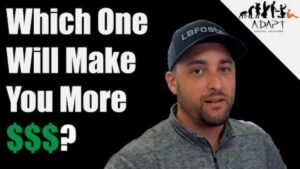 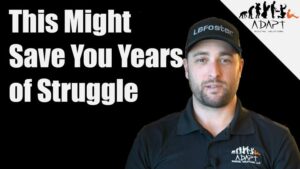 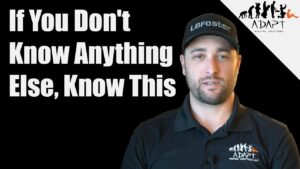 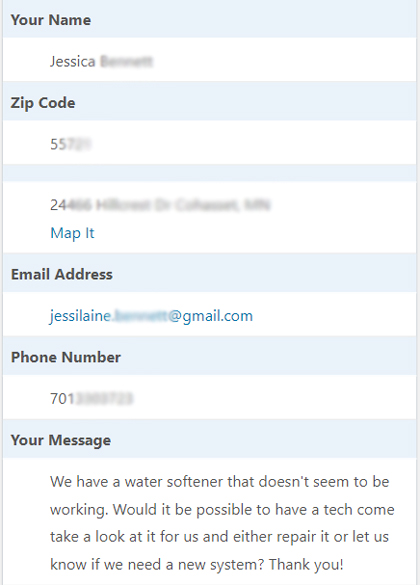 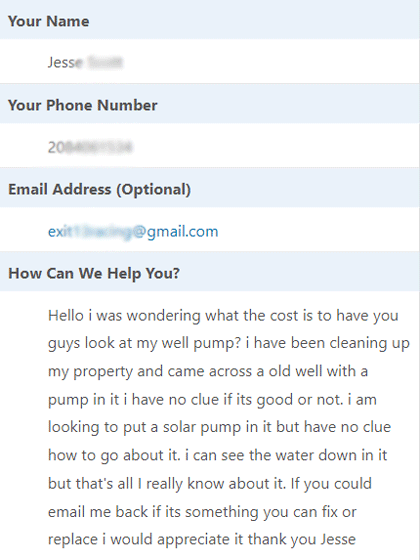 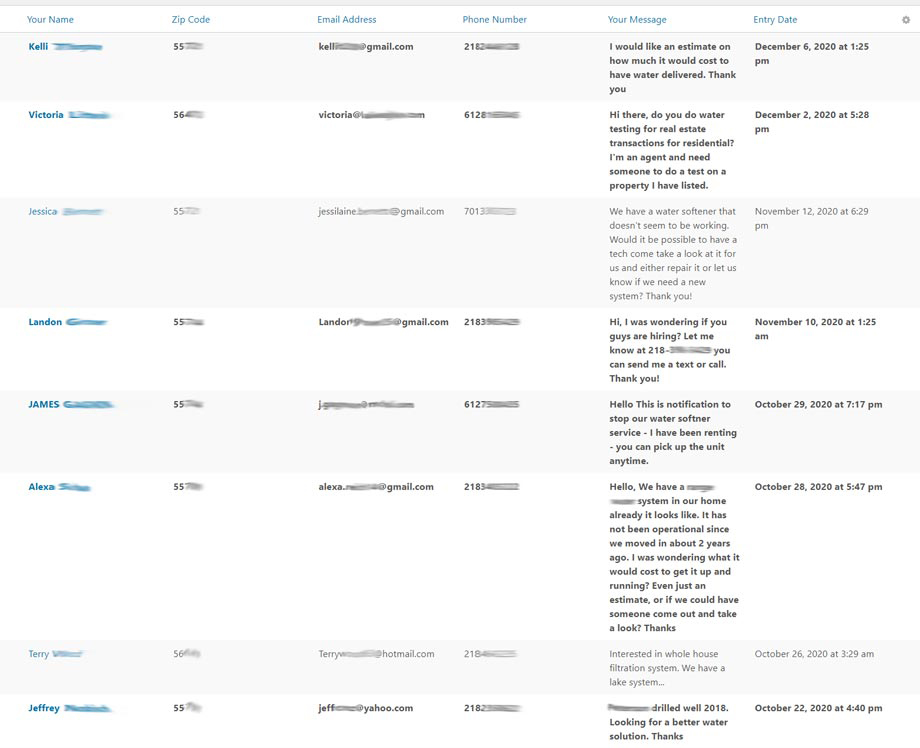 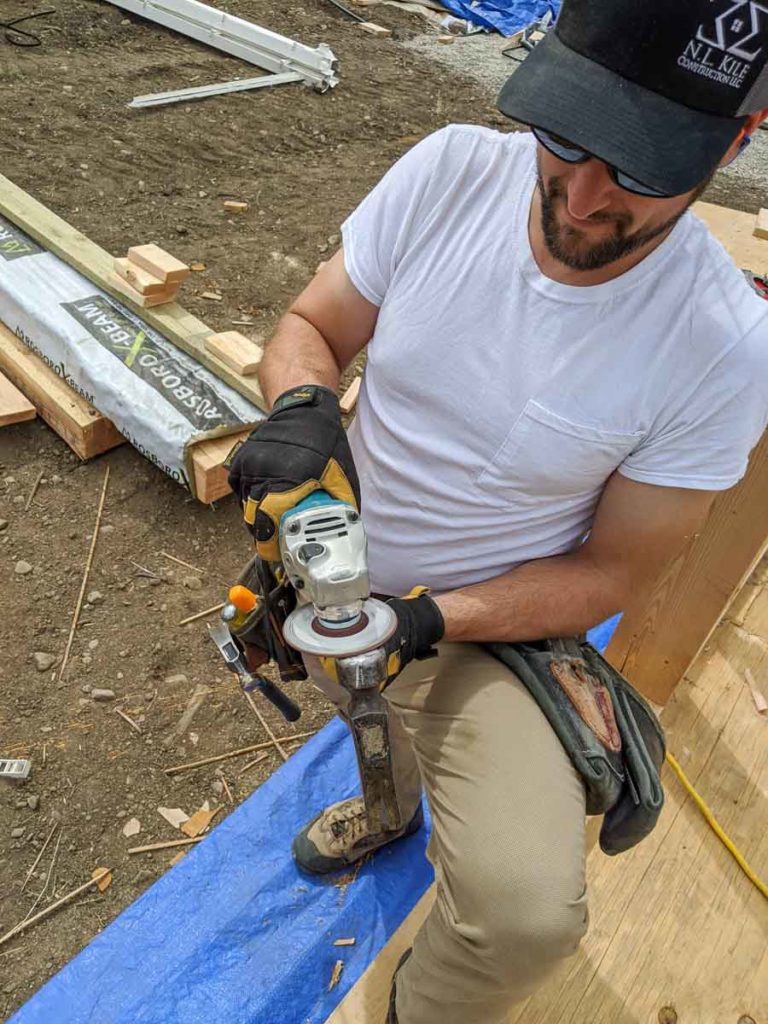